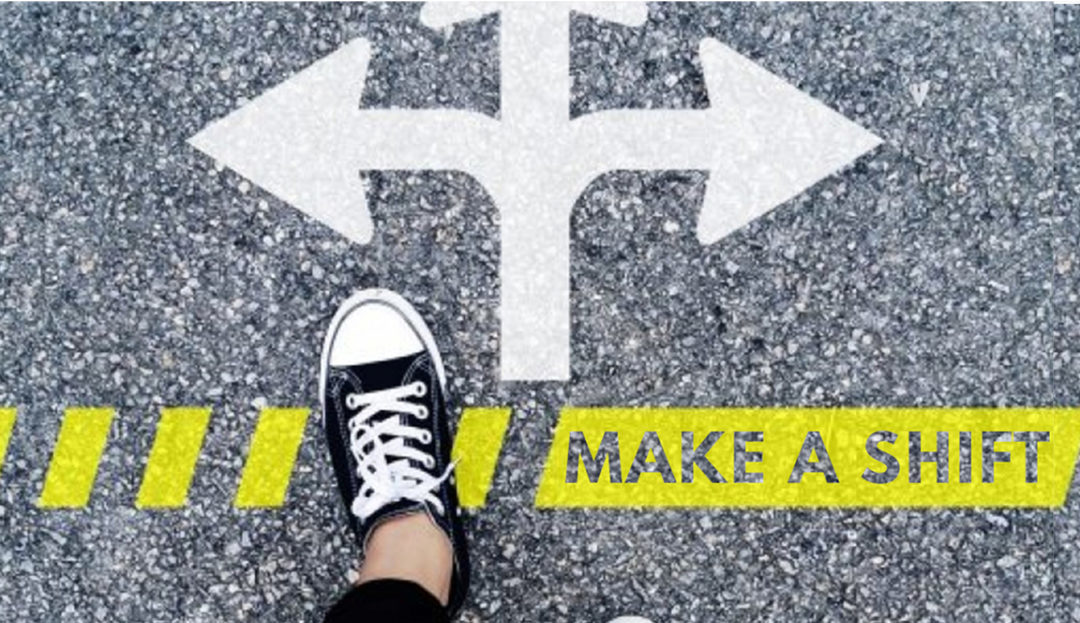 By Michelle WarnekeMay 5, 2020No Comments

Over the past eleven years we have shared a consistent message about the economic cycle and its important connection to investment results. Our Strategy for the Cycle emphasis has pointed to the high correlation between the good results that occur during the long periods of economic expansions (averaging over seven years) and the bad results that color the shorter periods during economic contractions (averaging a year to a year-and-a-half and down approximately 32%).

Our phrase for navigating this strategy has been, “let the data drive.”  In other words, as a Rational Investor, rather than succumb to emotionally driven decision making, when the data informs the view that we are in an economic expansion, remain focused on offense. In other words, do not  jump in and out of the market based on what can often be short-term, news-induced volatility. When the data informs that recession is probable, shift to a more defensive posture, which we term the Second Inflection Point.

Our read of the primary economic datapoints we analyze is that the probability of recession has become high. Therefore, making a shift to a more defensive posture in our equity portfolios is now the appropriate strategic move. 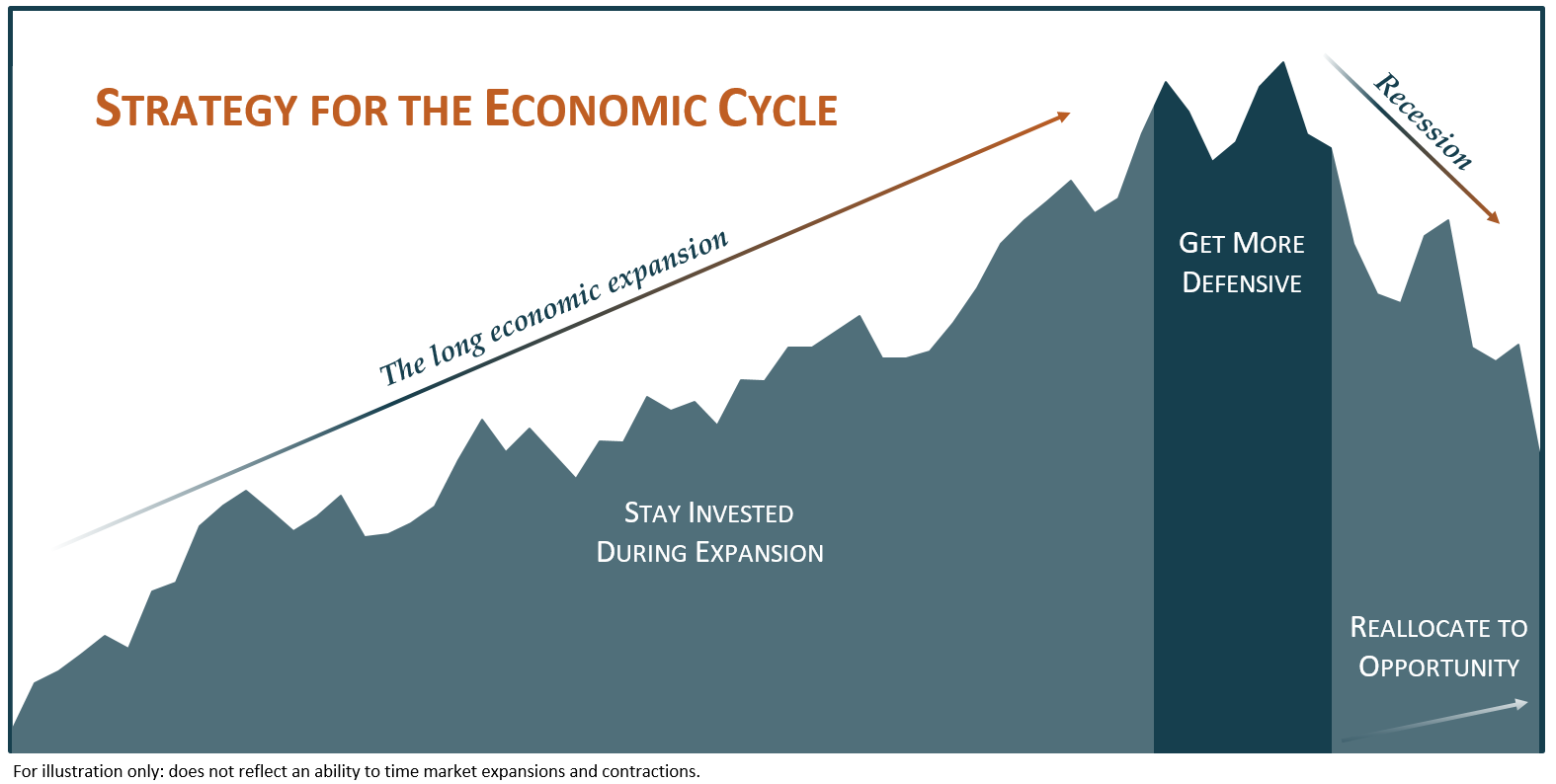 From the first quarter of 2009 to the first quarter of 2020, the data communicated that we were best served by focusing on the opportunity for growth and appreciation accompanying each period of economic expansion. Now, here in the second quarter, we see a confluence of evidence that aligns with recessionary risk.

As the following graphs show, the Index of Leading Economic Indicators took a nasty downturn in the month of March, and GDP was -4.8% in the first quarter with forecasts for second quarter portending an even greater decline. In addition, earnings will decline in 2020, and the yield curve inverted last year. 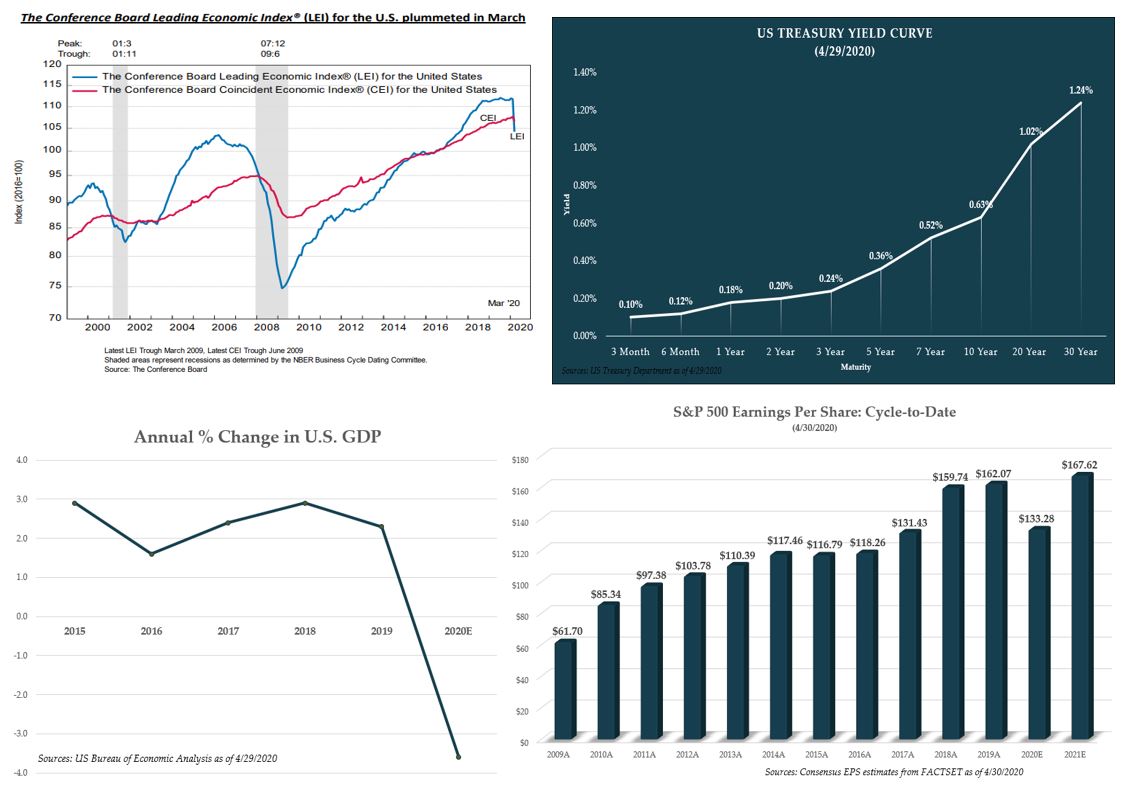 We view this Second Inflection Point as a once-a-decade risk management shift in the context of Strategy for the Cycle. As we consistently state when sharing our Strategy for the Cycle message, the move to a more defensive posture is done without any pretense around precision in timing that only hindsight can ultimately make clear. Neither do we attempt to forecast the next shift (the Third Inflection Point), when we begin reallocating to a greater emphasis on offense. We will, again, let the data drive. We expect that the current defensive emphasis could persist into next year.

Our portfolios are populated with many high-quality companies we expect will weather the recession and thrive in the next expansion. That said, in service to risk management, it is prudent to do some trimming of position weights. The goal is to be down less, and trims are done in the cause of compounding at higher rates of return and preserving more capital.

We are eager to review and discuss this approach with you.