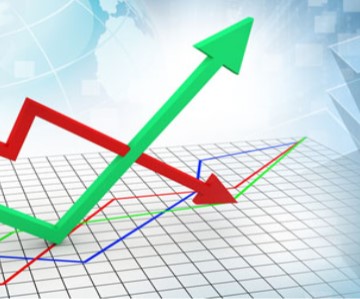 The Market Disconnect – Another Shoe to Drop?

By Michelle WarnekeOctober 12, 2020No Comments

In the months from June to August, nearly everyone we spoke with had the same question, “How is it that the economy is stressed, but the market still climbs? Then in September, with declines of –3.8%, -2.2%, and –5.2% respectively in the S&P 500 Index, the DJIA and the NASDAQ, the question shifted to something like, “What’s the downside from here?”

How is it that the economy is stressed, but the market still climbs?

We concur that the economy is stressed, and we are in a recession. As for the market dichotomy, in short episodes there are many examples of the market and the economy going in opposite directions. Over longer periods, however, there are no such divergences. The long-term precedent follows this pattern: the economy declines, corporate earnings decline, and the market declines. We do not have a tactical, market timing approach. We do have a strategic approach to managing cyclical risks.

During the second quarter we made a risk-management-driven decision that was grounded in data to shift to a more defensive posture in our equity  strategies. LEI, an index of leading economic indicators, had fallen dramatically over two consecutive months and the yield curve had previously inverted. The yield curve is a historically reliable data point relating to the risk of recession. The inversions occurred in 2018, well before we had ever heard of COVID-19. In addition, earnings expectations for 2020 were cut by approximately 30%, and at the end of April we knew GDP was sharply negative in the first quarter and expected to be worse in second quarter, which proved to be the case. So yes, the economy is stressed. However, attempting to explain short-term divergences is unproductive, which leads back to… What’s next?

Where to go from here.

Unlike the bold fortune tellers in the media, we do not make predictions about market moves. This is also the case in terms of the longer economic cycle—we do not know (as no one can) when either the top or bottom of the cycle will occur. We differentiate ourselves from the Wall Street herd further, in that we study and focus on the long-term  correlations of the cycle. When the economy is expanding and earnings are growing, the markets are remarkably productive. When the economy contracts and earnings decline, the markets are consistently anxious and unproductive. Given the choice between opting for an aggressive tactical trade in a recession, or deferring to risk management in the cyclical downturn, we have chosen, and we currently choose, to emphasize risk management.

Of course, the pandemic adds complication. There are limited historical correlations. In broad terms, we view the articulated consensus that ‘recovery will be fast and uncomplicated’, as captured in the summer rally, as leaning toward unrealistic. In our “slower and more complicated” perspective, we see further risk to earnings in the second half of 2020 and into 2021. In the April to August period, there was an unprecedented avalanche of fiscal and monetary stimulus, on the order of $22 trillion dollars (an amount which exceeds the actual economy, GDP being $20T). This surely contributed to offsetting the impact of the rapid decline in the economy.

However, there is little reason to believe that intervention on that scale can or should be sustained. If, or when, such earnings reset occurs, we anticipate the market will correct for both reduced profits and expensive valuations. This very process of gradual deterioration and correction has occurred in each recession over the past 60 years. In hindsight, it looks like a sudden event. But in the moment, it is more like a series of sinking setbacks that often culminate in a sudden event.

We are invested in wonderful companies that will weather the recession and emerge with promising opportunities. Our focus on quality investing is a decided advantage in this regard. Additionally, we are preparing for what we call the “3rd Inflection point.” That is, the shift back to fully invested and focused on the next long period of expansion. The “dry powder,” aka discretionary cash, we have used to manage for cyclical risk then becomes a resource for cyclical opportunity. The strategic objective continues to be better results via better risk management over the economic cycle.